Through the ages, people doing business have been formulating and implementing marketing strategies. However, now with the power of connectivity that the internet gives, marketing is on steroids, and there are so many more ways to do it now.

Affiliate Marketing happens to be one of the most effective and widely used methods for that. This works on the age-old principle of ‘word of mouth.’ Isn’t that what all of marketing is by the way? This is the only reason why Affiliate Marketing is very effective. An affiliate marketer happens to be an organization or even an individual. Who happens to have a great reputation and informative authority in a particular niche. Where the business wants to market in.

With the consistency of the success of Affiliate Marketing, more and more people are getting on board every season. And, it has been spreading so rapidly throughout the world. Also, it is a great prospect for the developing economies around the world.

Find out about the future of Affiliate Marketing 2018, here in this article. Make sure to dive in with an open mind as there are both good and bad things coming up.

Affiliate Marketing Trends 2018: The Then, The Now And Then Would Be

To know where we are going, we have to know where we are and where we have been. In the world of Affiliate Marketing, the developmental process has been very rapid in the present times. Starting from the grassroots, with simple ecommerce transactions in the early days of the internet.

Affiliate Marketing is now an economic colossus. So many people around the world are benefitting from it. Buyer, seller or the affiliate marketers alike. But, the idea of earning commissions on every individual sale made is a lot older than anything that we’ve talked about.

And it has been a predecessor of Digital Marketing. Becoming the backbone of what is known as Affiliate Marketing.

Mr. William Tobin is the one who first coined this term and put it into practice first, in the year 1989. Five years later in 1994, the beta version of his internet business PC Flowers & Gifts in collaboration with IBM. And then, in a matter of a year, this company had hundreds and hundreds of affiliates on the internet.

Then with the success of the early versions of this method and the emergence of Web 2.0. It just kept growing and growing. Around the year 2006 or so, affiliate marketers around the world were collectively earning in the billions. ‘Ecommerce was booming’ would have been an understatement.

What Web 2.0 did for it was significant in particular. With new systems like public internet forums, as well as blogging. Affiliate Marketing received an extra kick to the gas pedal. They could now communicate with their audiences in better ways. One of such Affiliate Marketing examples in this context would be as follows.

Say a company is trying to sell a food processor. They would recruit an affiliate marketer from the niche of cooking, to market their product. With the tools that Web 2.0 brought to the table. The affiliate marketer could produce valuable content around the product for his or her audience.

Correspondingly, also jump into web forums around the topic of cooking to start talks. Basically, the product being marketed; in this case, the food processor, would gain from the affiliate marketers reputation and thus do well in the market.

The Trends Of This Year

As to question ‘is Affiliate Marketing still profitable today?’. The answer would be “Yes!”‘. It is better now than ever before. But, there are certain concerns also, which makes it all the more interesting and animated.

Following is the list of all the good, the bad and the ugly that is to come in 2018:

Ubiquity Of Voice And Video

YouTube has again revolutionized the game of Affiliate Marketing. With this, the customers can go deeper into the nitty-gritty of the products and services. What can be better than a reliable person’s written account of a product?

That same person is talking to you through video and giving you the information you need. In a much more colorful and engaging way. Better Affiliate Marketing is thus done. And now, with voice search, the future would change. Affiliate marketers would need to adapt and improvise to the algorithms of voice search. Where the search queries would be different due to voice dictation. That way, they would be able to get the best out of the voice search listings.

A grand majority of traffic from the internet has been predicted to be coming from videos. In the upcoming years, affiliate marketers would have to abide by Internet Darwinism a lot.

The Benefits To SEO

One of the most reliable ‘means to an end’ for better SEO results was Affiliate Marketing. Now, it has become an essential component of ranking better on SERPs. Especially, with the niche targeted operations these days.

The backlinks from affiliate websites serve well to provide more authority to the eCommerce pages. With that comes more visibility and thus, more conversions. The Threat Of Net Neutrality

This can be a major concern for you if you happen to be an affiliate marketer based out of the United States. The FCC if repeal the net neutrality policy would spell total doom.

As you know, the performance of a website depends on the website development which is a major factor in getting better visibility. With Net Neutrality gone, the level playing field on the internet as we know it would cease to exist.

Advantages would be to those who’ll be able to afford such services. Meanwhile, there are also movements against it going on, and it is far from becoming a reality. So, there’s the silver lining for you.

People now know what’s what more than ever before. They are a lot more informed with the internet at their fingertips. So, to market to them, you would need to adopt more pinpointed techniques for a particular niche.

Otherwise, your faculties and resources would go to waste. More is not more anymore from now on. If you are looking to deploy Affiliate Marketing campaigns, the quantitative aspect won’t be enough to get the job done.

Remember, ‘Quality over Quantity.’ Influencers with substantial authority would be a better bet any day. Win one niche at a time that is the mantra. The internet world has not been free of trouble lately. Influencers have indulged in practices, related to information sharing and disclosure. Moreover, that has brought the Government watchdogs into the mix.

Authorities have imposed certain regulations to discourage adoption of such malpractices. So, if you want to navigate through this minefield of regulations and avoid penalties. You have to stay up to date and thus, play by the rules.

With every passing day, access to more and more accurate reports is becoming possible. That has been the foundations of the success of all the Affiliate Marketing campaigns executed to date.

With these reports, you’ll find it easier to take important decisions regarding campaigns. The real-time nature of the reporting that is on the horizon is going to make processes even faster.

A direct fallout of the data scandals that have been exposed lately. The General Data Protection Regulation is now more likely than ever to be imposed. One can only speculate as to what its impact might be on the Affiliate Marketing scene.

The saying from the Holy Bible, to paraphrase it, “To those who have more will be given and, to those who have nothing, everything shall be taken.” Will hold true now more than ever.

As the regulations would affect the new smaller media outlets than the established ones. Anyone who is trying to come up with Affiliate Marketing strategies for beginners. Would have to take that into serious account.

Open Banking And Its Effects On Affiliate Marketing

Another of the effects of the regulations, the Second Payment Services Directive can shake up the market. But, this also introduces the idea of Open Banking. Personal data would be more under the control of the owner.

This is where certain affiliate marketers can come in and capitalize. What they can do is come up with a third-party financial service. Thus, giving the banking sector a run for its money. But still, this is quite outdrawn, to be frank. And will take a while before the chips fall into place for the Affiliate Marketing community.

To Wrap It Up

The trends in 2018 with all the goods and bads is sure to be an interesting game to play. At the least, all it needs from your part is awareness. So, use all the tools you have at your disposal to make the best of it. It is totally possible to, and people out there are doing it.

Hey, this is Finnick Jones here. As per now, I am a full-time blogger. After working as a Backend developer for almost 12 years, I decided to share my knowledge of tech with the world. My love for writing and an interest in technology motivated me to start a career as a tech blogger at my 40’s. Over the years, I developed a skill in building a server site in the web application. My Forte has been PHP. Apart from that, I mastered some programming languages, such as Javascript, C++, and Python. Now, I want to share my experience and ideas to make the world a technologically sound place.
Tweet1
Share5
Share
Pin
Share
6 Shares 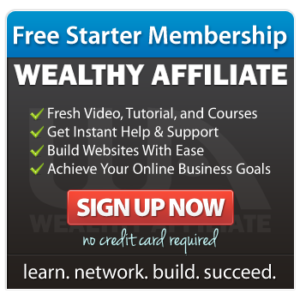